Using cells to test new drug compounds for phenotypic changes has been used for years. However in recent years cell based assays are getting more attention and importance from the industry. In 2012 the market for cell-based assays exceeded 2 billion dollars. However by 2022 it is predicted to quadruple to 8 billion dollars. This growth is fueled in part by increasing dependence of pharma and biotech-using cell based assay as an important screening tool. And also because of the new technology for understanding cells in vitro using a variety of tools. Testing a pharmacological compound in different cell based functional assays reveals its mechanism of action clearly.

Previously more and more cell based assay screening was done using established cell lines. Because they are very easy to grow, grow faster, and are homogenous population. Now a days, there is an increasing use of primary cells of interest such as endothelial, bone carilage, neuronal origin or cells derived from patients to name a few. This shift is due to the understanding of how important it is to be as close to the intended target as possible and as realistic as the intended target s possible. Established cell lines although easy to use, are in many cases not relevant to the biology of the compound being tested. They are far removed from the real biological changes happening to primary cells for its effect on the compound being tested. This includes expression of cell surface markers, expression of specific receptors, cell signaling etc.

Another new development is the introduction of label free assay technology. When cells are genetically engineered to express or overexpress certain genes or proteins just for the sake of convenience of screening compounds, it is getting farther and farther from the native cell behavior and environment. Any results or conclusions derived from these experiments may not have relevance to actual mechanism of action. One of the advantages of using the label free assay system is that they do not have to genetically engineer or label cells for the assay. The cells are cultured and assayed with no manipulations and the results can be very meaningful. Without any labels, or modifications cells behave naturally. This is a great help for understanding the molecular pharmacology of the receptor in the natural environment. The readouts can be measuring the impedance or some other readout of the cell. Since these are not end point assay, the readouts are dynamic, real-time and the assay can go on as long as desired. In some of the label free systems, the cells and the measuring device is placed in the incubator with the cell growth conditions. All you need to do is to make sure there is enough growth medium in the wells for cells to grow. 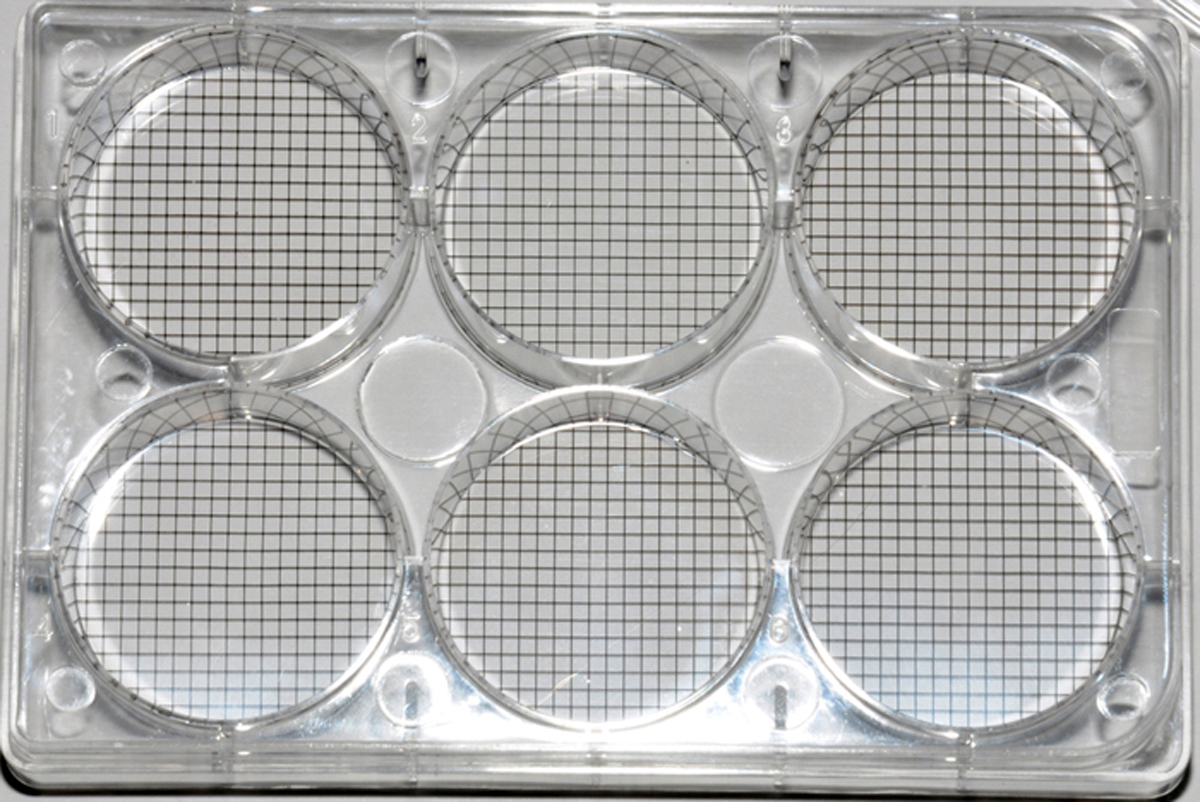 Another new development is the use of stem cells for screening assays. Pluripotent stem cells can be directed to take different characteristics by carefully treating them with specific media formulations, growth factor cocktails etc. For e.g. Pluripotent stem cells can be made into cardio myocytes, which actually rhythmically beats in the culture well, or neuronal cells, or any other type of cells. In the stem cell derived cardiomyocytes, drug compounds are added and the difference in beat rate is measured This assay can be done to evaluate the cardiac toxicity of the potential drug compounds and weed out potential negative compounds. Stem cells typically grow in small colonies in specially treated culture plates. Sometimes it is important to count the colonies or measure the colony size for growth. There are some innovative culture plates are available to count the colony or measure the colony size. Multiwell plates with grids and Cell culture dish with numbered grids are both available with cell culture treated surface and are useful for counting and measuring colony size. Adoption of these innovations will advance the drug discovery process to the next level.