New Type of Tissue Culture Plastic and its Applications

The type of tissue culture dish plays an important role in a cell’s recovery and hence its applications. Recovery of cells cultured in TCPS dish and thermoresponsive TCPS dish vary significantly on the basis of the retention of structure and changes to ECM.

Tissue culture is a process of studying the biological nature of cells and their properties in a proper environment, which facilitates further controlled experiments to manipulate and analyze it. Tissue culture analysis and research are highly significant for the development of vaccines, cancer research, and a variety of other applications.

While studying biological systems, various aspects of the system are taken into consideration. Researchers mimic the physiological conditions by methodically controlling certain aspects of an in vitro culture such as solution pH, oxygen tension, the number of cells per volume of liquid media, culture media, nutrient composition, and frequency of media exchange. It has been observed over the years with following established cell culture protocols that each individual feature can influence cell behavior significantly, even the source of Tissue Culture Polystyrene (TCPS) plays a key role in the observations of cell culture and its repeatability.

A significant development in cell culture dish preparation and the treatment of the TCPS dish leads to various alternative qualities giving rise to a significant change in the behavior of the cell culture.


Cells grown on conventional TCPS dishes are required to be harvested by the enzymatic proteolysis of an extracellular matrix (ECM), such as trypsin and chelating Ca2+ ions to disrupt cell-cell junctions with substances such as EDTA. 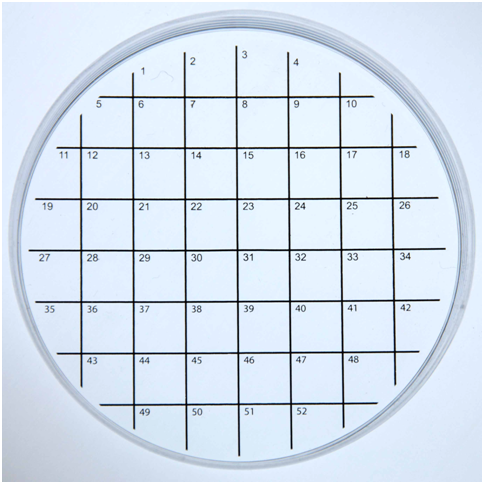 Thermoresponsive dish is created by treating the surface of the TCPS dish with a thermoresponsive polymer, poly (N-isopropylacrylamide) - PIPAAm. Cells grown on PIPAAm treated TCPS dishes on the other hand, can be recovered simply by lowering the temperature below lower critical solution temperature (LCST). The cell detachment process here is active, which is induced by intracellular events such as signalling and cytoskeleton reconstruction. The process of ‘Separation’ is natural for the surface of the thermoresponsive cell culture dish. A confluent cell sheet can be recovered by using this type of cell culture dish, which is grafted with the polymer layer of thermoresponsive nature and by taking care to maintain a dry thickness of 15 nm.

Based on temperature trigger and controlling the derivatives thereof, and by using surface functionality and microfabrication, next generation thermoresponsive cell culture dish is developed.

A significant difference here is that the cells recovered from conventional TCPS dishes, may have damaged cell membrane and ECM due to trypsin, whereas the cells recovered from thermoresponsive cell culture dish retain their functions and cellular structure. This makes the use of thermoresponsive cell culture dishes use in the recovery of cell proves to be a powerful tool for investigating the molecular machinery in the cell-surface detachment.

Using thermoresponsive cell culture dishes, cell culture gets detached as a single cell sheet. This happens when the temperature is lowered below LCST as the PIPAAm treated TCPS surface becomes hydrophilic. Since no enzymatic proteolysis treatment is used for the separation, the membrane protein and ECM on the cell sheet are retained.

As single cell sheet is obtained using thermoresponsive cell culture dish method, its applications are numerous. An approach called ‘cell sheet engineering’ is used to structure ideal tissues that can be transplanted made entirely of cells. Several cell sheet based therapies can be made successful such as treating skin defects, ophthalmology, dilated cardiomyopathy to name a few. A wide range of diseases can be treated considering the control of thermoresponsive polymers and its derivatives and the interaction between biomolecules and cells on the surface.

Different technologies such as 3-D cell culture, bio-assembler are being invented to tackle the vast research in this rapidly evolving field.